I'M SHARING THIS WITH EVERYONE BECAUSE IT'S A BIT SCARY!!!

Older patients who undergo anesthesia and surgery have a significantly increase

Investigators at Taipei Veterans General Hospital in Taiwan found that patients older than 50 years who underwent anesthesia for the first time had nearly a 2-fold increased risk for dementia, mainly Alzheimer's disease, compared with nonanesthetized patients.

"The results of our nationwide population-based study suggest that patients who undergo anesthesia and surgery may be at increased risk of developing dementia. Anesthesia and surgery are inseparable in clinical settings. Thus, it is difficult to establish whether the increased risk of dementia development we observed was attributable to the anesthesia per se, the surgical process, or both," principal investigator Jong-Ling Fuh, MD, said in a statement.

The study was published online July 25 in the British Journal of Psychiatry.

Although generally considered safe, there is growing concern that anesthetic drugs may have neurodegenerative complications.

The investigators point out that in vivo studies and imaging studies have shown that "inhaled anesthetic agents can promote amyloid β peptide (Aβ) peptide oligomerisation and enhance Aβ-induced neurotoxicity."

Other potential mechanisms of anesthetic-induced neurotoxicity include calcium dysregulation.

The researchers note that postoperative confusion/decline is generally thought to be short-lived, with normal cognition returning within a few days. However, they add that in some cases, it can last for weeks.

Using data from the Taiwan National Health Insurance Research database, the researchers retrospectively examined whether the risk for dementia increased after surgery with anesthesia. They also looked at possible associations among age, mode of anesthesia, type of surgery, and risk for dementia. CLICK HERE FOR THE FULL STORY
Posted by MSnewsChanel.com.com at 12:39 PM

THIS ARTICLE ON ASPIRIN CAUGHT MY EYE FOR MY COLUMN!

Women who took aspirin every other day as part of a massive study had a lower rate of colon cancer after 15 years compared with women who didn’t follow this aspirin regimen, according to results published in the Annals of Internal Medicine.

But colon cancer rates were the same after 10 years of study, suggesting that there may be a long lag before any cancer-protective effects of regular aspirin use appear. In addition, the women who took aspirin had higher rates of gastrointestinal bleeding than their counterparts.

CLICK HERE TO READ THE FULL STORY ON ASPIRIN
Posted by MSnewsChanel.com.com at 3:36 PM

OH NO! I CAN'T GO TO SLEEP WITHOUT MY SNACK! 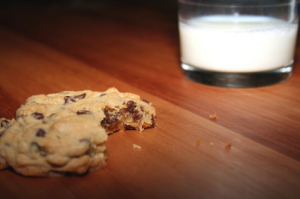 It looks like catching only a few hours of sleep contributes to weight gain because burning the midnight oil is often accompanied by snacking. The finding appears online today in Sleep, the journal published by the Associated Professional Sleep Societies. READ MORE
Posted by MSnewsChanel.com.com at 12:00 AM