This is great! Technology helping people enjoy eating more? I Love it!

A Spoon That Helps Parkinson’s Patients Eat Without Spilling


As you get older, your hands start to shake. Those suffering from Parkinson’s disease have it even worse. And these hand tremors affect us most when we eat. Currently, there is no cure for these nerve disorders—solutions out there often fall short or are invasive. To take the frustration out of eating that’s caused by shaky hands, Lift Labs, a group of scientists and engineers of California, has created a spoon that cancels tremors. Called ‘Liftware’, the battery-operated electronic cutlery has sensors, accelerometers and a microprocessor embedded in its handle. The sensors and accelerometers detect hand tremors, while the microprocessor will adjust the handle’s spoon or fork attachment, to respond according to the user’s shaking—going in opposite direction of the tremor, to steady the attachment. According to clinical trials, the innovative dinnerware cancels up to 70% of shaking—making it easy for users with shaky hands to feed themselves. With this cutlery, Parkinson’s patients no longer need to feel embarrassed at the dinner table.
SEE MORE VIDEOS HERE

More great news for exercise and its effects!! You have to read this! 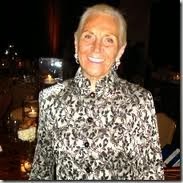 
Exercise may have a moderately beneficial effect on depressive symptoms, according to an updated literature review and meta-analysis. However, investigators note that more high-quality studies are needed to elucidate the type and intensity of exercise that may be most effective and whether these benefits are durable. "Our review suggested that exercise might have a moderate effect on depression," review author Gillian Mead, MD, of the Centre for Clinical Brain Sciences at the University of Edinburgh in the United Kingdom, said in a statement. "We can't tell from currently available evidence which kinds of exercise regimes are most effective or whether the benefits continue after a patient stops their exercise program," she added.  A previous Cochrane Review on exercise and depression found only limited evidence of benefit for exercise in depression, the reviewers say. However, more trials have been completed since then, leading the Cochrane team to take a second look. Data from 37 randomized controlled trials were included in the meta-analyses. The severity of patients' symptoms was assessed using standard scales of depression. Among 35 trials (1356 participants) comparing exercise with no treatment or a control intervention, the pooled standardized mean difference (SMD) for the primary outcome of depression at the end of treatment was -0.62 (95% confidence interval [CI], -0.81 to -0.42), indicating a moderate clinical effect, the reviewers say. There was moderate heterogeneity (I² = 63%). When investigators included only the 6 trials (464 participants) with adequate allocation concealment, intention-to-treat analysis and blinded outcome assessment, the pooled SMD for this outcome was not statistically significant (-0.18; 95% CI, -0.47 to 0.11). The reviewers note that pooled data from the 8 trials (377 participants) providing long-term follow-up data on mood found only a small effect in favor of exercise (SMD, -0.33; 95% CI, -0.63 to -0.03). "The evidence base would be strengthened by further large-scale, high quality studies," the investigators note. The reviewers also recommend that future studies look in more detail at what types of exercise could most benefit people with depression and the number and duration of sessions that would provide the most benefit.
READ MORE
Posted by Unknown at 9:49 PM