Anesthesia, Surgery Linked to a Doubling of Dementia Risk

Older patients who undergo anesthesia and surgery have a significantly increased risk for dementia, a large population-based study shows.

Investigators at Taipei Veterans General Hospital in Taiwan found that patients older than 50 years who underwent anesthesia for the first time had nearly a 2-fold increased risk for dementia, mainly Alzheimer's disease, compared with nonanesthetized patients.
"The results of our nationwide population-based study suggest that patients who undergo anesthesia and surgery may be at increased risk of developing dementia. Anesthesia and surgery are inseparable in clinical settings. Thus, it is difficult to establish whether the increased risk of dementia development we observed was attributable to the anesthesia per se, the surgical process, or both," principal investigator Jong-Ling Fuh, MD, said in a statement.
The study was published online July 25 in the British Journal of Psychiatry.
Although generally considered safe, there is growing concern that anesthetic drugs may have neurodegenerative complications.
The investigators point out that in vivo studies and imaging studies have shown that "inhaled anesthetic agents can promote amyloid β peptide (Aβ) peptide oligomerisation and enhance Aβ-induced neurotoxicity."
Other potential mechanisms of anesthetic-induced neurotoxicity include calcium dysregulation.
The researchers note that postoperative confusion/decline is generally thought to be short-lived, with normal cognition returning within a few days. However, they add that in some cases, it can last for weeks.
"Although anesthesia and surgery have provided immeasurable health and social benefits, our observations in this piece of research highlight the need for further studies to understand the association and causality between anesthesia with surgery and subsequent dementia," said Dr. Fuh.
CLICK TO READ MORE

Posted by MSnewsChanel.com.com at 7:08 PM

This is a great article I found and wanted to share with everyone. It's a great way to stay independent! 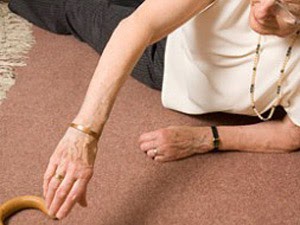 The evidence-based program, called Step Up to Stop Falls, includes exercise, home assessment/modification, and community and/or healthcare provider education, according to Mary Gallant, PhD, MPH, at the University of Albany School of Public Health in Rensselaer, N.Y., and colleagues.

Exercise participants in the program saw significantly higher Timed-Up-and-Go (TUG) scores, Gallant reported at the American Public Health Association (APHA) annual meeting. In addition, among those participants who had their homes inspected or modified, 60% resolved 100% of identified hazards, they added.

Finally, participants in the community educational programs demonstrated a significant increase in their belief that they could do things to reduce the risk of falls. Women were more likely than men to have actually done something in the past year to achieve that goal, the authors said. The program was coordinated by seven counties in upstate New York. In total, 2,073 adults, ages 61 to 80, took part in the study with 1,018 in exercise programs, 591 in home assessments, and 464 in an education arm.

Gallant's group conducted a cross-collaborative evaluation to examine the reach and impact of the program's activities over an 18-month period. They also assessed the attitudes and actions of healthcare providers regarding fall prevention interventions. In the exercise program, 33% of participants were over age 80 as were 42% of those in the education program, and 51% in the home assessment group. Among those ages 61 to 80, 61% participated in exercise, 43% in home assessment, 47% in education. The vast majority of participants (80%) were women, Gallant told MedPage Today.

Healthcare professionals were the most difficult group to engage, Gallant's group said. However, of 183 clinicians who participated in the education program, there was a significant change in the extent to which they agreed that they could do things to reduce their patients' risk of falling.

"This project shows that community agencies working together can successfully coordinate evidence-based fall prevention programs," Gallant said. "More importantly, they can succeed in reducing the risk of falls in patients up to the age of 80."

Preventing unintentional falls among seniors (65 and up) is crucial, commented David Sugerman, MD, MPH, from the CDC in Atlanta, adding that falls can be associated with significant morbidity and mortality. Sugerman gave a separate APHA talk on fall prevention. He said that about one-third of older U.S. adults fall annually, and even though many outcomes are minor, between 10% and 20% sustain serious damage, such as traumatic brain injury, contusions, and fractures.

I saw this article and had to share!  Eternal life? Stop aging? Sounds good to me!

Away from the dinner table, lobsters may actually hold the secret to a long, healthy and possibly even eternal life.

They are usually associated with a life of gastronomic indulgence and heart-stopping excess. But away from the dinner table, lobsters may actually hold the secret to a long, healthy — and possibly even eternal — life. For this crustacean is one of a handful of bizarre animals that appear to defy the normal ageing process. While the passing years bring arthritis, muscle loss, memory problems and illness to humans, lobsters seem to be immune to the ravages of time. They can be injured, of course. They can pick up diseases. They can be caught and thrown into a pot, then smothered in béchamel sauce.

But rather than getting weaker and more vulnerable over the years, they become stronger and more fertile each time they shed their shells. The typical lobster weighs 1 to 2 lb. But in 2009, a Maine fisherman landed a colossus of 20 lb, which was estimated to be 140 years old. And that isn’t even the oldest lobster found so far. According to Guinness World Records, a 44 lb leviathan was caught in 1977, with claws powerful enough to snap a man’s arm.

The species belongs to an elite group that appears to be ‘biologically immortal’. Away from predators, injury or disease, these astonishing creatures’ cells don’t deteriorate with age. Scientists cannot be sure how long lobsters would live if they were simply left to exist — it wouldn’t be for centuries because of physical wear and tear, but it would certainly be for a lot longer than similar marine creatures.

Biological immortality isn’t just fascinating for wildlife experts. By studying the phenomena, scientists are shedding light on how age affects people and, as a result, developing new treatments for diseases such as cancer. It could even show us how to extend human life far beyond the standard three score years and ten. ‘The more scientists look, the more they find species that appear to be able to defy the ageing process,’ says Simon Watt, a biologist and TV presenter, who is speaking today at the British Science Festival in Newcastle. ‘These species of course still die. They get diseases, they are injured or hunted. But unlike humans, they don’t die as a result of their own metabolisms — there doesn’t seem to be a built-in life expectancy in their cells.’ There are many reasons why humans, along with most species on the planet, deteriorate with age. Mutations in DNA and the battering that our 100 trillion cells take every day contribute to the slow, inevitable decline. But scientists have discovered that our cells also have a built-in fixed lifespan — obsolescence if you like. Cells are constantly renewing and replacing themselves at a rate of millions every second. However, most human cells can only copy themselves 50 to 60 times before they die. The reason for programmed cell death lies in our chromosomes, the 46 strands of DNA found at the heart of almost every cell. The ends of every chromosome are protected with a chemical cap called a telomere. They act like the plastic tips on the end of shoelaces and stop the strands of DNA from fraying. But each time a human cell divides, these telomeres get shorter. Eventually — after 50 or so divisions — they are too short to protect the chromosomes, and the cell dies. It’s the same with almost all species — from frogs and goats to zebras and hummingbirds. But, amazingly, lobsters are different. They produce sufficient quantities of a substance called telomerase to renew these protective DNA caps and prevent cells dying. Lobsters aren’t the only creatures to have evolved biological immortality. One of the most incredible are the planarians, a group of flat worms.
SEE FULL ARTICLE HERE
Posted by Unknown at 5:54 PM